The number of older workers in paid employment has hit a record high with more than 8.2 million people aged between 50 and 64 now in work.

New figures released this week show that the number of people in this age group who have a job rose by 50,000 during the last quarter.

The government is committed to changing perceptions of older workers amongst employers and promoting the business benefits of maintaining an age-diverse workforce.

These efforts are part of a wider determination to give working people across the UK the chance to get on at every stage of their life and ensure everyone has the opportunity to achieve the dignity of a job, the security of a pay cheque, and a comfortable retirement.

“Record numbers of older people are bringing their skills, talents and experience into the UK workplace, which is good news for people’s incomes, their future pensions, and the overall economy.

“But with 735,000 vacancies in the economy today, businesses are still not making the most of the opportunities that this huge pool of talent has to offer.

“As part of our one nation approach, this government wants to see employers do even more to eradicate outdated misconceptions and age discrimination, so that employers realise the benefits when they retain, retrain and recruit staff who are over the age of 50.”

Action the government has taken to increase the number of older people who have a chance to stay in the workforce includes abolishing the default retirement age – meaning staff can no longer be forced out of a job just for turning 65 – and extending the right to request flexible working.

And earlier this year we introduced regional older workers’ champions in Jobcentre Plus offices who support this age group by engaging with employers and providing tailored help.

In a separate initiative, we are trialling a number of back-to-work support options, including piloting work experience and training opportunities for people over the age of 45.

Linton Thompson has recently found employment again after spending 6 years out of work.

He originally had to give up work for health reasons. By the time he was fit enough to work again he found numerous barriers in his way.

Apart from the fact that his IT and other skills needed updating, the 55-year-old started believing that no one wanted to employ him due to his age.

“I found it very hard getting back into work knowing so much had changed in the role that I was used to. There were new things that I had to learn, and I went on a course to get me back on the road to recovery.”

Jobcentre Plus staff in Peckham worked closely with Mr Thompson to update his IT skills and to give him coaching on applying for jobs and interview techniques, and it wasn’t long before he was offered an interview with a coffee shop in the London’s West End.

He was given financial support by Jobcentre Plus towards the cost of his travel and to buy suitable clothing for his interview.

Despite coming out of the interview believing he had performed well Mr Thompson’s application was rejected and he started feeling low again.

But rather than taking “no” for an answer, work coach Andrew Palmer encouraged him to email the coffee shop and ask for feedback. Mr Palmer helped him to draft the note.

“Within 2 days Linton was invited back for a work trial and I am glad to say he got the job.

“Linton was determined to get back into work again and we tailored the support we could offer him to suit his own personal circumstances.”

He successfully completed the trial and is now working around 25 hours each week.

Mr Thompson is still looking for full-time employment and is receiving on-going support in his quest.

“I’ve been getting interviews left right and centre thanks to Peckham Jobcentre Plus. I never thought I’d get anything; I’m really pleased with how it’s turning out.” 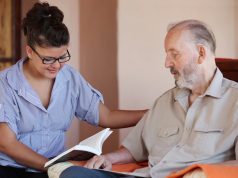 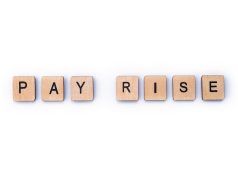