New data from Which? and OpenSignal has found that 4G mobile customers are facing a variety of access and download speeds around the country.

By comparing 20 of the biggest cities across the UK, the OpenSignal report found that Middlesbrough was the best city for 4G access with 83% availability, while Bournemouth was the worst at 68%. London came 16th in the table, above Nottingham, Cardiff, Southampton and Bournemouth. Glasgow and Edinburgh came 9th and 10th respectively.

The average overall 4G availability across the UK is 65%, meaning mobile users can only access 4G nearly two-thirds of the time.

In a previous report from OpenSignal in November 2016, it found that the UK had an average 58% 4G accessibility rate, ranking it then 54th in the world behind the likes of Estonia and Peru. Which? expects that the U.K.’s rank will rise when OpenSignal publishes its new global rankings later this quarter.

The report also looked at average 4G download speeds across the UK. Stoke-on-Trent was found to be the fastest city, with Brighton the slowest.

As part of its “Consumer Agenda for Government”, Which? is calling for the next Government to work with Ofcom and providers to ensure critical reforms are made to the mobile market that deliver better performance and service for customers.

This will ensure that mobile phone users across the country will not be limited in the activities they do on their phone such as using social media, sending e-mails or streaming TV services.

The OpenSignal data – using unique analysis of over 500m data readings from mobile phones taken from over 30,000 users – takes a background reading every minute from a typical mobile phone user as they navigate around the area they live, work or travel in on a daily basis.

“These latest findings underline the need for Ofcom to keep the pressure on mobile operators, so that every part of the country gets a decent service on their mobile phone. Our mobile phone is central to how we live our lives and that is why it is so frustrating when we can’t access emails or browse the internet on the go.”

“The mobile data experience isn’t the same in every city for UK consumers. OpenSignal users found LTE signals more often in Middlesbrough than in Manchester and faster 4G connections in Stoke than in London.” 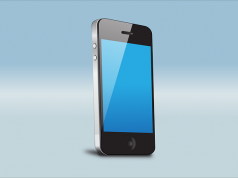 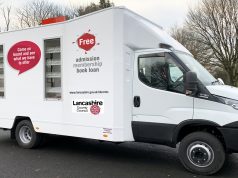 Have some pun and name those new mobile library vehicles