Plans for a £32 million improvement and widening of a major route in North Liverpool and Sefton are set to take a major step forward.

A report to Liverpool City Council’s Cabinet is recommending the city council reserve the right to compulsorily purchase (CPO) land needed to deliver the North Liverpool Key Corridors scheme, which links the city centre with Sefton and is a vital route for freight from the new Liverpool 2 deep water port.

The scheme, promoted by Liverpool City Council, in conjunction with its partners Sefton Council, will see:

Work is planned to be completed in three phases between 2016 and 2019, with funding coming from the Department for Transport (£21.8 million), Liverpool City Council (£8.5 million) and Sefton Council (£2 million).

The first phase of work will start this coming May when the bridge on Great Howard Street will be replaced. An immediate three ton weight limit is being placed on it due to its poor structural condition until the replacement works start in May.

Councillor Malcolm Kennedy, Liverpool’s Cabinet member for regeneration, said: “This scheme is absolutely essential if we are to keep the city moving and make it an attractive place to come and do business.

“We need to invest in our infrastructure so we are able to handle the increasing amount of businesses, freight and people travelling to and through Liverpool.

“This is especially important on this route due to the completion of the new Liverpool 2 deep water port which is absolutely critical to the future economic success of the city region and will help create and support many jobs.

“The work will remove a bottle neck on the A565 by making it dual carriageway along the entire route and also make it more attractive with improved paving and street lighting.

“We are in positive discussions with landowners along the route and hope to be able to reach agreement on relocation with them without resorting to a CPO.

“This is just one element of the work which will be going on right across the city over the next few years to fix the road network and deal with decades of underinvestment.”

The land affected by the CPO is mainly occupied by businesses on Great Howard Street and Derby Road and will be used for road widening and new junctions.

The city council has already started consultation with businesses whose land is needed for the work and will offer compensation and assistance with finding alternative sites.

Cllr John Fairclough, Sefton Council’s cabinet member for locality services, added: “This is just the start of a very exciting project which will enhance the main route into Liverpool from south Sefton.

“This stretch of road is extremely busy and by making it all dual carriageway, it will enable greater access in and out of Sefton for all vehicles.

“Discussions are underway with the landowners in Sefton and throughout the whole process we will be working closely with Liverpool City Council to make this project a big success.”

The roadworks will be structured to minimise the impact on remaining businesses and enable them to continue to trade while the improvements are being carried out.

Over the next few years it is estimated that around £250 million will be spent upgrading the city’s roads carrying out improvements and tackling the historic backlog of highways repairs.

The report will be considered by Liverpool City Council’s Cabinet on Friday 5 February. 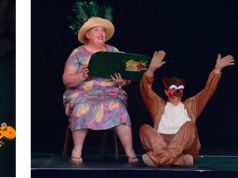 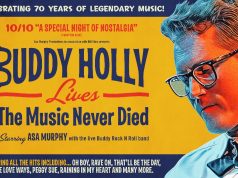 Have your say on Lancashire’s roads