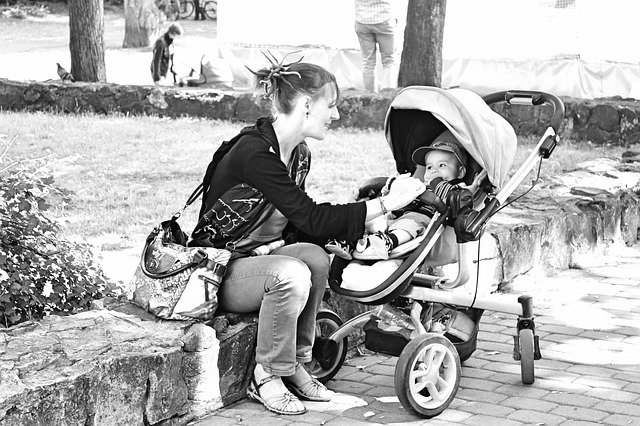 Around 2 in 5 (41%) working mums with children under 10 can’t get – or are unsure whether they will get – enough childcare to cover the hours they need for work this September, according to a new TUC poll published today (Thursday).

Around 2 in 5 (41%) working mums with children under 10 can’t get – or are unsure whether they will get – enough childcare to cover the hours they need for work this September, according to a new TUC poll published today (Thursday).

As children around England begin to return to school, an ICM survey for the TUC reveals that many mums are missing out on their usual forms of childcare. Among mums who are certain they’re unable to get enough childcare from September:

The pressure of juggling work and childcare

The polling also shines a light on the huge pressures felt by working mums during the coronavirus outbreak:

While some mums have had to take a financial hit by cutting back on work, others have felt the stress of trying to ‘do it all’ and now worry how they will be viewed by their managers:

TUC General Secretary Frances O’Grady said: “Women workers have borne the brunt of this crisis – both on the frontline and at home.

“Mums have picked up the majority of childcare while nurseries and schools have been closed. And many have sacrificed hours and pay to do so – especially those in low-paid jobs who can least afford the financial hit.

“But this can’t go on. If we don’t take this childcare crisis seriously women will be pushed out of the workforce, turning the clock back on decades of labour market progress.

“Childcare providers desperately need new government cash to stay open. And we need an extension to the job retention scheme for mums and dads who can’t return to work because of childcare responsibilities.”

Ness (not her real name), a midwife in the South East, has two young children at primary school. She’s finding it hard to plan her childcare for this term as the school now requires breakfast and after school club to be booked weeks in advance – but she doesn’t get her shift pattern that far ahead and so isn’t able to guarantee there will be spaces for her children.

Ness told the TUC: “Working shifts and being on call means it is hard to plan ahead for my childcare. Although my husband has been able to work at home, he is under increasing pressure to be in the office more frequently. Our childcare plans aren’t confirmed for September and the coming months, and this is extremely stressful.”

Anya (not her real name) is a mum of two living in the South East. She works on the frontline in the NHS. As a keyworker she has been going out to work throughout the pandemic. Anya’s husband is also a keyworker and works long hours driving, and her parents had to shield so she lost the informal childcare support she relied on.

Anya told the TUC: “Childcare has been very stressful for me throughout the pandemic. My husband has no flexibility in his job so I’ve frequently had to change my shift patterns, working longer hours when I can so I can take time back for childcare. My only other option would have been to take unpaid leave. The school holiday playscheme was also cancelled at short notice so I had no childcare for the summer holidays and my family couldn’t help. My husband and I had to take all our annual leave separately to cover it.”